DAYTONA BEACH, Fla. (February 13, 2016) – Greg Biffle rebounded from being involved in multiple cautions in the Sprint Unlimited to cross the finish line 10th in the No. 16 KFC Nashville Hot Ford Fusion.

“Our car was pretty fast,” said Biffle.  “These things are getting harder and harder to pass. They are all the same speed.  We are two and three wide and you can’t really do anything.  The car drove good though.  I was pretty happy with it.  We kind of got in the wrong lane and I don’t know what happened to the No. 31 car.  I guess he thought he had a flat.  We wrecked getting in down there and that took our chances away.”

The starting lineup for the Sprint Unlimited fell in the hands of the crew chiefs and a NASCAR fan paired up with each.  Brian Pattie and his fan drew a 16th-place starting position for Biffle in his No. 16 KFC Nashville Hot Ford.

Biffle had a good handling Ford and was maintaining his position when he sustained some damage at the misfortune of others.  The theme continued throughout the race as Biffle sustained damage from things out of his control.

Another competitor thought they had a cut tire and held up a restart, causing major damage to Biffle’s Ford.  While making another trip down pit road, Biffle missed a multi-car accident on the track which took out most of the field.

The race went into overtime due to the multi-car accident and gave Biffle the opportunity to salvage a top-10 finish.  Biffle restarted 11th and gained one position to cross the finish line 10th. Stenhouse Jr. Avoids the “Big One” to Earn a Fifth-Place Finish at Daytona 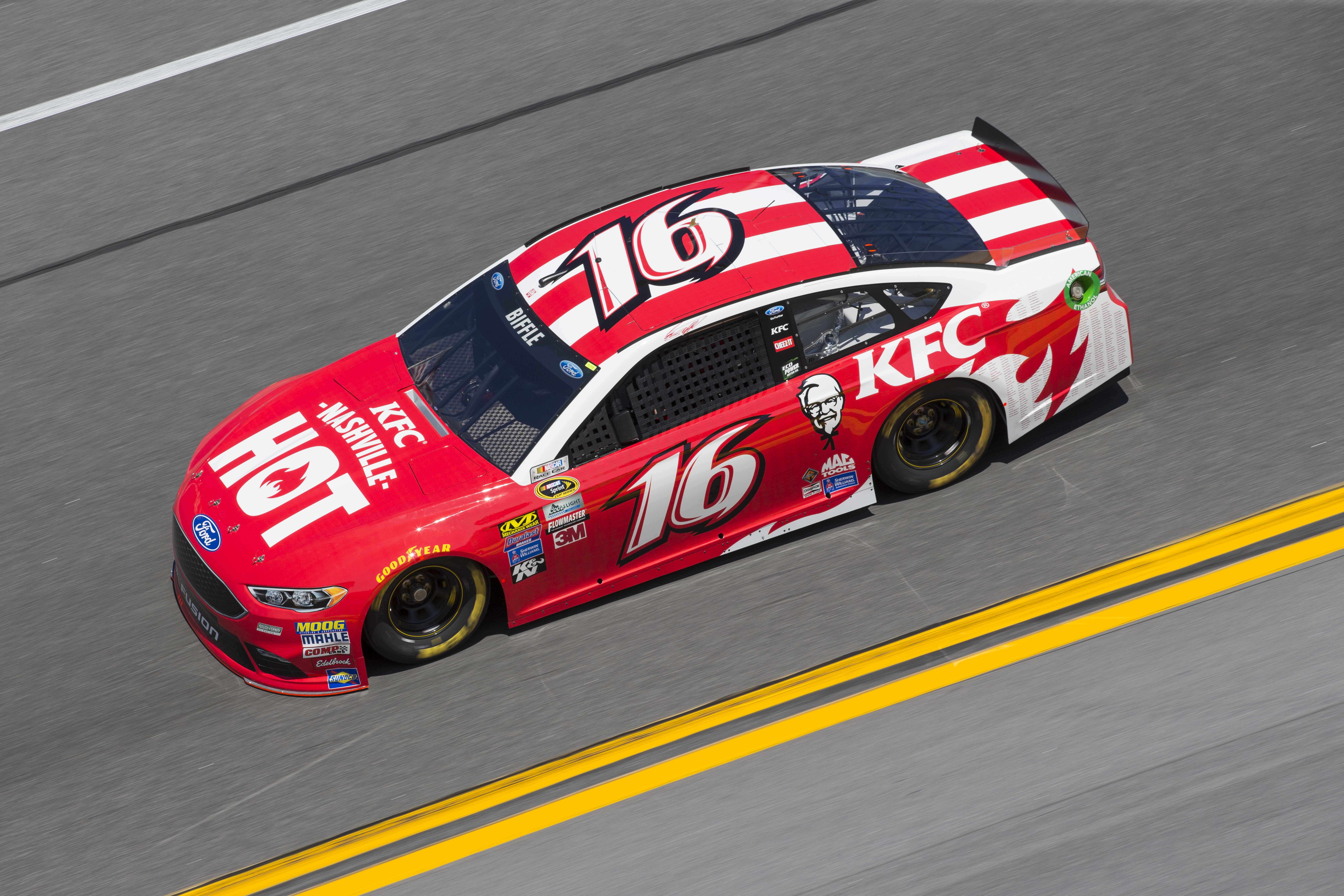