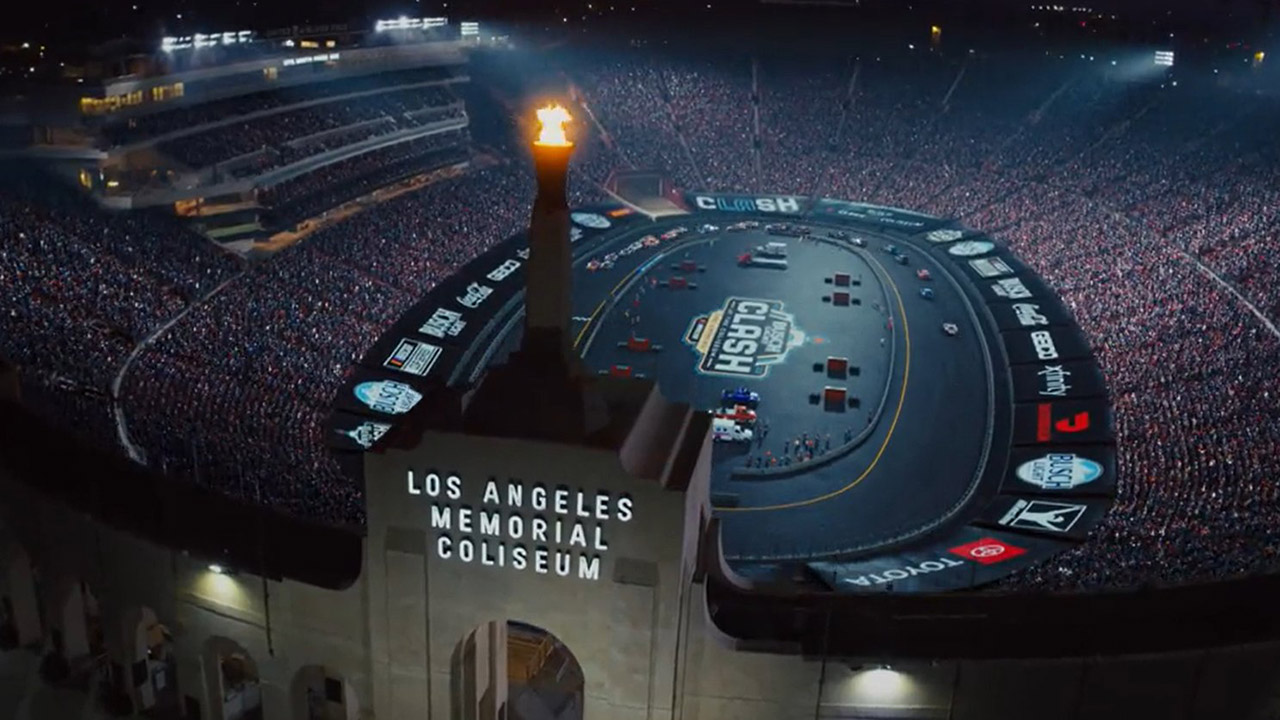 The 2022 NASCAR season gets underway in a new fashion this weekend with the Clash at the Coliseum, an event that is the first of its kind for the sport. The long-awaited Next Gen car will debut this weekend, as will Brad Keselowski (for RFK) and a new format for the race. Jack Roush boasts one win all-time in the Clash with Mark Martin in 1999.

Clash Format
NASCAR takes its annual exhibition, season kickoff event to a venue that has never hosted NASCAR Cup Series racing before – the Los Angeles Coliseum – for an action-packed weekend of on-track activity. The sport’s visit to the historic venue for the first time brings with it a new format and a new look.

Saturday’s on-track activity will get started with a practice session at 12:30 p.m. ET. Qualifying will take place later in the day (8:30 p.m. ET, FS1), which will set the lineup for Sunday’s heat races. Every car entered into the Clash automatically advances to one of the heat races.

Sunday, drivers will compete in one of four 25-lap heat races with up to 10 cars in each race. The fastest qualifying driver from Saturday will start on pole in the first heat race, second fastest starts on pole in the second heat race and so on.

The top four finishers in each heat race will automatically advance to the main event, totaling 16 drivers with a ticket to the Sunday night feature. Drivers who do not advance will be placed into one of two 50-lap last chance qualifier (LCQ) races. The top three from each LCQ advance to the Sunday feature.

The final spot in the 23-man main event is reserved for the driver who finished the highest in the 2021 points standings who does not transfer on finishing position in the heat races or LCQ.

Keselowski Set for RFK Debut in LA
Brad Keselowski’s long-awaited debut in an RFK Racing machine comes this weekend in the No. 6 Violet Defense Ford Mustang. He joined the team at the end of last year as co-owner and driver, and embarks on his 13th full-time season in NASCAR’s top series in 2022.

Keselowski is aiming for his 10th appearance in the annual exhibition event. He is the 2018 winner of the Clash, and overall has five top-10s in the event. He ran fourth in his first-ever Clash in 2012 in his Championship season, then followed that up with a P2 in 2014.

Buescher Aiming for Third Appearance in Clash
Chris Buescher has two starts all-time in the annual Clash event, including a ninth-place finish in 2017 and a 16th-place run in last season’s edition in Daytona.

Martin Wins 1999 Clash for Jack Roush
NASCAR Hall of Famer Mark Martin has Jack Roush’s lone win in the Clash event, winning back in 1999. He started from the 13th position and went on to lead the final 16 laps, topping Ken Schrader and Bobby Labonte on the podium for the victory.